In Asia, I found the secret to many a girls’ hearts was through cute, fluffy, adorable, sheep. And this was no different with Fanfan, and I remember on her first visit to Bangor and Northern Ireland, when she’d sit in the back seats of the car, with my 3-year-old nephew, glued to the window, and pointing out “sheep”. But, to be fair, I do similar with the buffalo of Isaan, or the monkeys of the islands in Thailand, as they’re just kind of iconic to life and landscapes in these contrasting parts of the world. At the same time, I found it quite odd to see themed tourist farms in Thailand, where people can go specifically to look at and feed sheep (until goofy looking alpacas began hogging the limelight). So I guess much of this interest comes from the iconic landscapes of TV and movies, although more so the romcoms (e.g. PS I Love You and Leap Year) when it comes to making the heart swoon. 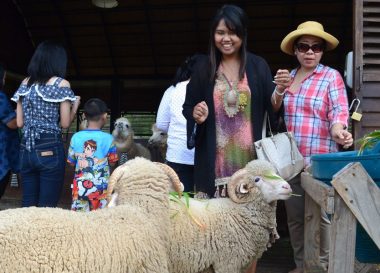 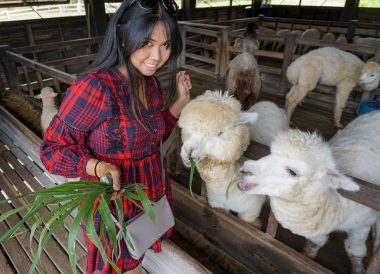 Anway, for Fanfan’s birthday we decided to make her sheep-loving dreams a reality, with a road trip to Ireland’s Wild Atlantic Way, in a search for sheep on Achill Island. So Achill Island is a remote and rugged island made up of peat bogs and sea cliffs, which is probably best known for its wild and roaming sheep. And while we have come across sheep through countless occasions, like up the Mournes, and whatnot, they have always been in fields, or on private property. As the sheep on Achill Island are otherwise wild and roaming free, on the roads, and just all over the landscape. It’s a bit like the Holy Grail for sheep. So it was just ridiculously easy to get up close to them, and each time we stopped the car, we would be surrounded by sheep upon sheep. As they chased towards us hoping to be fed (although they’re not big into chips). 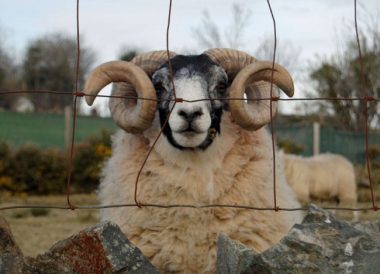 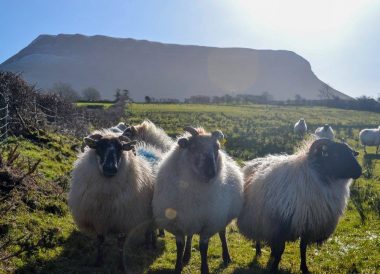 But our 3-day sheep-filled holiday took a slightly dark turn, as on a winding cliff road towards Keem Bay, Fanfan spotted a lone sheep munching on the grass above a towering cliff edge. So I slowed the car as to not startle the poor fella, and so Fanfan could take some photos (that’s literally him in the bottom right). She then pleaded with him to move away from the cliff edge, but sheep are generally clumsy and skittish at the best of times, and instead of moving away from the edge, the sheep panicked and disappeared off the drop of the cliff. So Fanfan was obviously distraught by this, and refused to look back to see if the sheep was okay. Meaning, until this day, we still don’t know whether that sheep went snout first into the rocks, or if he miraculously survived, as there may have been a lower ledge or something. Anyway, until we know for certain (which we won’t), Fanfan both killed the sheep and did not kill the sheep. Hence, Schrödinger’s Sheep. She’s both a sheep killer and not a sheep killer, at the same time. And she hates it. 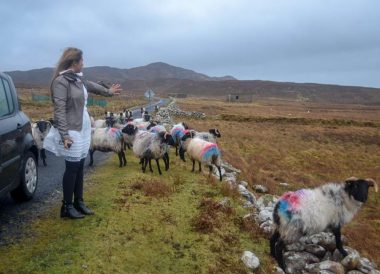 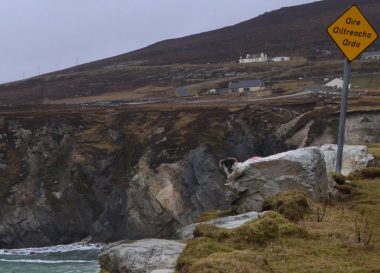