People locally here know that there is Free Entry to the Giants Causeway, whereas most tourists think that it is exclusively a paid tourist attraction. Hence we see it as a bit of a tourist trap. However, the so-called admission charge isn’t for access to the actual coastline and the picturesque basalt columns, but the Giant’s Causeway Visitor Experience, and what many assumed as the visitor centre car park. But this is not true as, for years, the National Trust staff have been ‘helping’ people park before directing visitors towards the visitors centre which is the paid attraction. Otherwise parking is free at the Giant’s Causeway and the visitor centre can be bypassed without paying a penny.

But parking can be hard to find at times (it’s a busy attraction) and there will always be a risk of parking fines in the nearby roads. However, there are a handful of alternative parking options nearby, using local cafes and businesses, where free parking is found at the Nook Cafe, the Causeway Hotel, and, maybe Finn McCool’s Hostel and B&B. 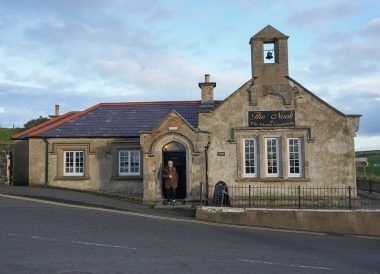 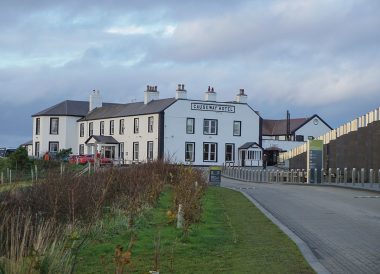 So there is free entry to the Giants Causeway, whereas there’s a charge of around £11.50 to the Giants Causeway Visitor Experience. And while I do normally support the National Trust (who own the visitor centre), as well as their efforts in maintaining the old estates and stately homes and whatnot. I’m not fussed when they occupy public coastlines and then try to charge the locals to access them. As they want us to pay to see our own coastline.

However the annual National Trust membership will near pay for itself on a tour of Northern Ireland as the Causeway Coast attractions alone will include the Giant’s Causeway, the Carrick-a-Rede Ropebridge, the Portstewart Strand and Mussenden Temple. Not to mention all the other tourist attractions in Northern Ireland.

So Annual Membership may be a worthwhile option instead of paying for each of the individual attractions (the Scottish NT membership loophole here). And there are of course reasons to access the Visitor Centre where the fee includes access to the centre’s exhibits, as well the free audio guide that leads you along the coastal route, and free travel on the shuttle busses to and from the famous basalt columns of the Giant’s Causeway. 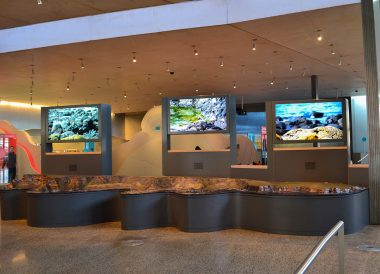 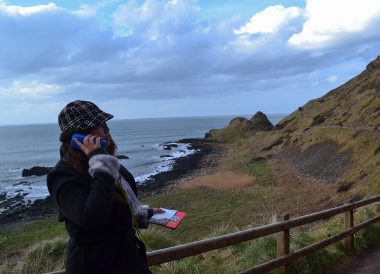 I should point out that we have mistakenly paid through the visitor centre before, as we knew no better at the time, and going by timestamps on our photos we were in-and-out of the visitor centre in roughly 2 minutes. We just walked through, grabbed the audio guide at the far doors, and we’re out again. And I don’t really remember ever using the audio guide. So it wasn’t money well spent, and this is why we have little need to pay again.

Anyway, we had plans to eat on this visit anyway, so we did the ‘Free Parking for Patrons’ at the Nook Cafe. And while cars are not checked in the car park, we called in for coffee and scones anyway, costing around £7 each (it’s a bit expensive – but kind of tasty). So we really didn’t find huge savings either, but that’s our own fault, as we could easily have parked for free at Nook Cafe, or the Causeway hotel, and cars were literally parked/abandoned along the roads nearby.

From the Nook Cafe, we then crossed the car park, to followed through a small tunnel, which opens out on the opposite side of the visitor centre. It’s ridiculously easy. 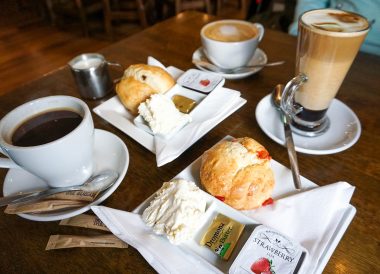 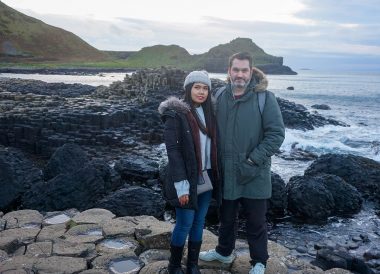 So I would hazard a guess that the Giants Causeway is pretty much open to the public indefinitely, through the night, although I can see little reason to be there in the darker nighttime hours.

Also, the shuttle bus service (£1 each way) may not operate outside of the visitor centre hours, which means walking to-and-from the main tourist stretch by foot. Which is only a short walk anyway. Anyway, during our visit, we stayed for sunset and we did hear a whistle which may have been a signal for the last bus or something, as National Trust members were watching from the main path. But there was otherwise no urgency or sign for anyone to leave. 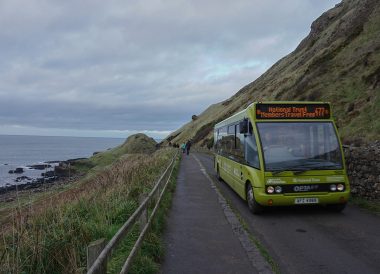 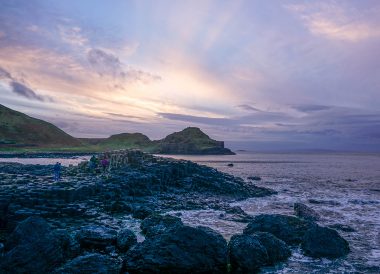