Earlier this year (2018) the Asian Supermarket Belfast moved from its otherwise lifelong location on the Ormeau Road to what is now a short-ish distance further at the Ormeau Embankment (New Google Map Location here). Which makes very little difference to our own journey, given we normally travel from Bangor on monthly excursions, if even (update, Bangor now has it’s own mini Asian Supermarket. So it adds a short distance to our usual 20-minute drive.

The new Asian Supermarket in Belfast is easy to find from its original location, continuing up the Ormeau Road from Belfast City Centre, before crossing the bridge, and following the river/Ormeau Embankment where the new building is found on the left.

Next to it is a rather massive car park, with plenties of parking for everyone. And this would be the major advantage of the new Asian Supermarket, both for us and with the residents surrounding the old location. As the parking was always a nightmare with double-parked vans, lorries, abandoned cars on sidewalks, and it was just a disaster finding parking spaces in the area. 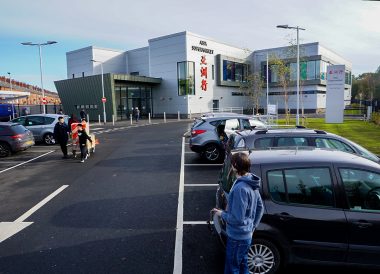 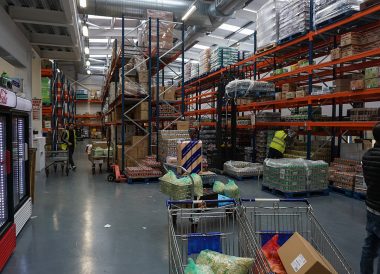 I’m not sure if there’s a whole load more on offer at the Asian Supermarket, or if it’s just better presented and ultimately less cramped than it was before. As the aisles are otherwise not so different, with the snacks and sweets aisle, the sauces and dips aisle, the instant ramen shelves, and sections for rices, and chillies and spices. It’s all relatively similar to the old shop. Next is the fresh fruit and veg shelves which span across two sides of a corner, where we go mostly for Thai ingredients; like lemongrass, and galangal, and whatnot. And hopefully some basils and fresh birdseye chillies which really depends on fresh deliveries. As there will be a handful of ingredients we rarely find, such as kaprao (Thai Holy Basil) due to its limited use in cooking, as well as short-lived shelf lives etc. Otherwise the main upgrade would be in the frozen foods, where there are things like big bags of frozen gyoza and whatnot (I didn’t look too close) and the fresh meat and fishmongers which spans the back corner of the Asian Supermarket. 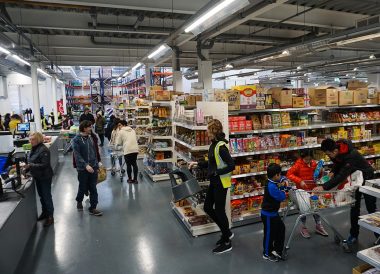 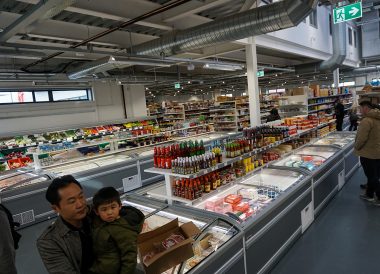 We normally follow a similar routine at the Asian Supermarket, where Fanfan runs off to find her Thai sauces, like “fat baby” brand soy sauce and “old lady” brand oyster sauce. As we otherwise find most fresh ingredients from local supermarkets in Bangor. And Fanfan always has her bags of chillies, pastes and condiments, brought from her last long-haul from Thailand. Meanwhile I browse the Japanese Curry roux section (although I often buy Golden Curry by the kilo these days, online). Then I go look for random Mala options in the Sichuan section (I bought below right as a treat and will prob share it at some point). Otherwise I spend most of my time in the instant ramen section, just grabbing random packs of noodles. And they do have a rather decent selection at the Asian Supermarket; including the fiery Korean Samyang noodles, and Indonesia’s ‘Salty Boi’ Indomie flavours. Along with the usual Korean Shin Ramyun, and a wide selection of Mama and Maggi packets, as well as more obscure flavours of Japanese Cup Noodles and UFO ramen bowls. And there’s also lots of random Pocky flavours nearby. 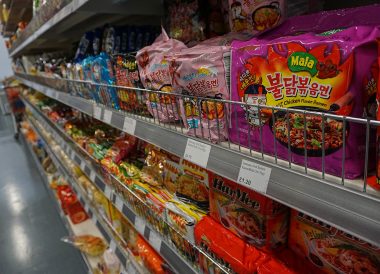 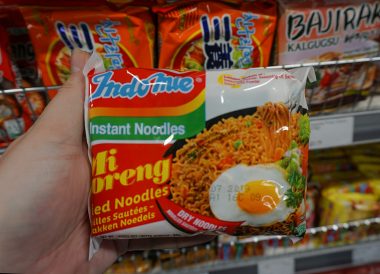 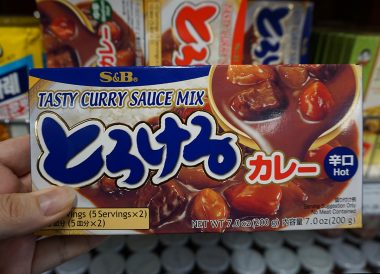 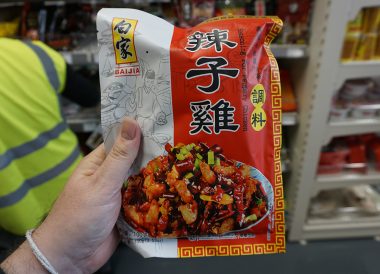 I kind of envisioned a bustling Asian hawker scene, with a curry buffet, a noodles bar of sorts, and I’d really love some Hainanese Chicken Rice. At the cafe section maybe some Vietnamese coffees, Taiwanese bubble tea, and some Malaysia pulled Kopi Tarik. As it’s the perfect place to showcase Asian cuisine with fresh ingredients found literally on the doorstep. But I guess I was focusing more on what it could be, than what it should be. As it’s just a relatively generic cafe. However there are the occasional Asian eats on the menu, where some of the more intriguing eats on the day included; Korean ‘Bullogi Beef’ (which I’m guessing is a typo on Bulgogi), then Char Sui and Malaysian Curry Puffs, and Vietnamese Banh Mi (full menu below right). But I also understand that most folk will be reluctant to pay near £6 on a basic Bahn Mi sandwich that is found for under a dollar on the streets of Hanoi. As most people using the Asia Supermarket are likely on their way home to make arguably better Asian food back home. In fact, we’ve not once eaten Thai food outside of Thailand because of this. 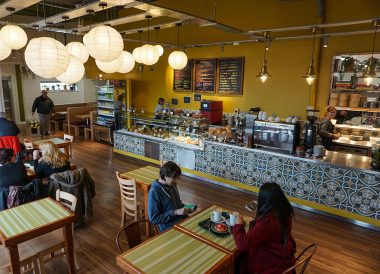 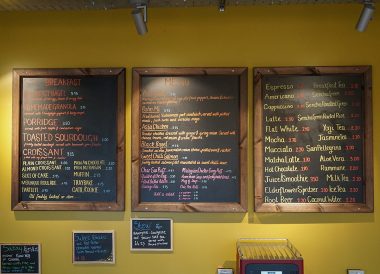