This post is about a good friend of mine named ‘Winker Watson’, who is a bit of a rebel, and this article shares his shenanigans which I obviously don’t approve of. So through the 6-months prior to this toll fine, Winker Watson had been road tripping through Europe, where he paid countless tolls and acquired 7 different vignettes for various central and eastern European countries, through 15 countries in total. He is not new to tolls, and says he has only ever been fined once in his road tolling career by an American rental company having accidentally passed through a paid lane in New Jersey. Which he fessed up to and paid as the rental car company were on his ass. Because hire companies will always have more clout than the toll trolls. Anyway, the images below are of normal toll systems, booths left, and vignettes right, which are used throughout Europe, and pretty much all of the world. Until Ireland. As they have the M50 Toll road which exists, but I’m not certain if they are legal in operations and its threats. I’d seriously be worried if they are. 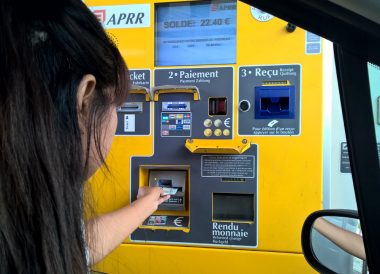 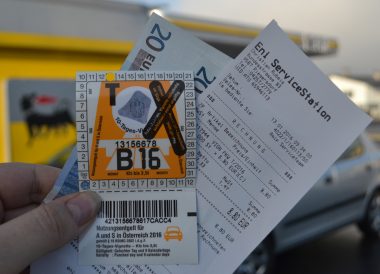 So Winker was on his way back to Northern Ireland, having just disembarked from a ferry at Rosslare in Southern Ireland, after watching Northern Ireland play some awesome football in Europea. Winker was driving in one car, and a couple of days later his nephew followed in another. It was a joyous family affair watching the football in France. But along the way, they passed through Ireland, and apparently some billboard signalling to be a toll road, with no toll booth system unlike everywhere else in the world. Which is meant to be paid online. Unfortunately, Winker pays little attention to billboards unless they are in bright orange, or have flashing lights, or breasts maybe. So he had no idea. Nor did his nephew. Instead Winker used GPS satnav to check speeds, and whatnot, because there’s always a change in language and metric conversions when crossing borders. And he otherwise keeps his eyes on the road because it’s the safe thing to do. Anyway, two weeks later he was hit with a fine in the post, along with his nephew, to a Northern Ireland address. As below. 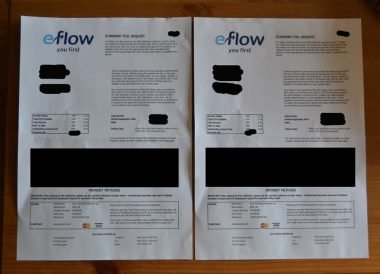 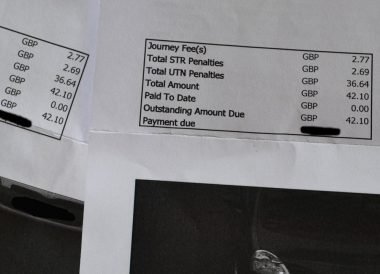 So Winker had been driving his family’s car, and his nephew was doing the same in another, and it wasn’t until a month or so later when two letters arrived in the post telling them they had been fined for not paying tolls in Ireland. Like every Nigerian email, or Indian bloke phoning from Microsoft. And it was ignored as some half-assed scam by some tinkers with a camera. Only it did seem almost genuine considering they picked up both cars on two different days? But it wasn’t Winker’s problem anyway as it wasn’t his car. Then another letter arrived the coming month with a fine 150 times the original fee (from £2.77 to £42.10) and, f*** that (that’s Winker swearing). This toll is real. It is enforced against travellers abroad, and it can only be paid on their website (from what I can tell). And while most Granpa’s are scrambling to load up Internet Explorer they are racking up big fines. It’s just bizarre. And ugly. And this is everything that is wrong with this world. Or at least Ireland. Anyway, Winker ignored the threats and received no consequence, yet. (I managed to grab a shot on a later passing from the port of Cobh in Cork, using the camera while maybe speeding at the time. I’m probably Ireland’s most wanted right now. If it’s not Winker Watson). 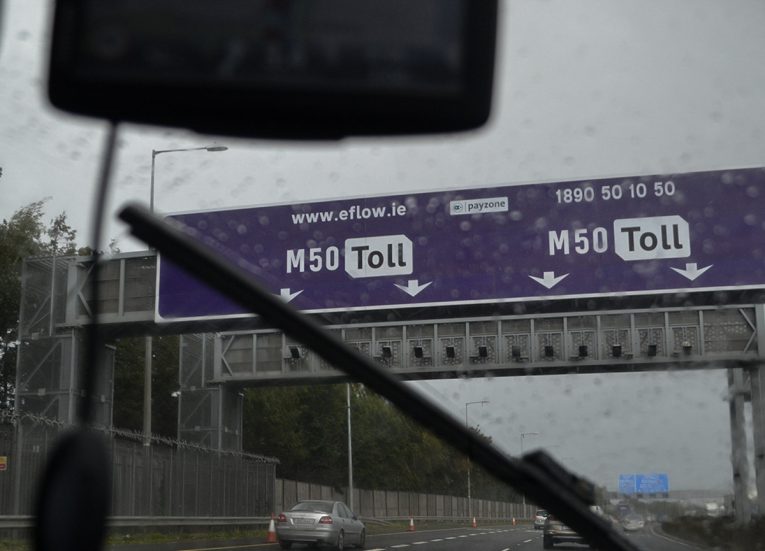 This is me now, and I actually did forget… Since this time I have followed the same toll roads from Belfast Northern Ireland in rental cars and I always had to find wifi in random places to pay the fee before the rental companies were on my ass. And again on the way back. Which is a pain when you’re travelling around on your holidays. Anyway, it wasn’t until 4 days later when I remembered the toll and was straight to pay on the website. Only to find that you have to pay “before the 8pm deadline the day after your journey”. And “If you are paying after the 8pm deadline, please proceed to ‘Pay a Penalty’. Only if you have “received a penalty letter, you can use these forms to pay for your M50 penalties. If you have received a letter from Pierse Fitzgibbon or Euro Parking Collection”. Seriously, F*** off (this is me swearing now) full details of payment here. Anyway, I ignored the threats and paid the original amount online through eFlow. And nothing through the door yet. In short, if you’re wanting to drop a loved one off at an Irish Port, or have an exciting vacation ahead in Ireland, be prepared to be harassed for months afterwards, by some tinkers with cameras and a bit of tarmac. 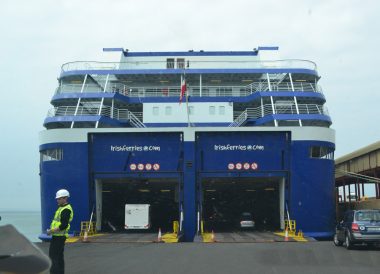 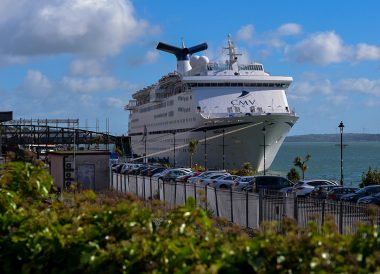