A trip to Rathlin Island may sound like a full day itinerary in itself, but it can easily be added to a wider itinerary along the Causeway Coast. On our visit, for example, we started out from Bangor, we stopped for breakfast on Belfast’s Laganside, before making a detour past Ballymoney for the Dark Hedges. Yet we still managed to squeeze in the Giant’s Causeway, Dunluce Castle, Carrick-a-Rede Ropebridge, and the visit to Rathlin Island and back. Not to forget the return journey to Bangor afterwards. So Rathlin Island is really not as hard to reach as people, and by scheduling the return trips of the Rathlin Island Ferry, and I would forever recommend it on any itinerary along the Causeway coastline. 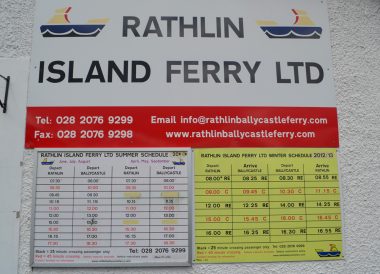 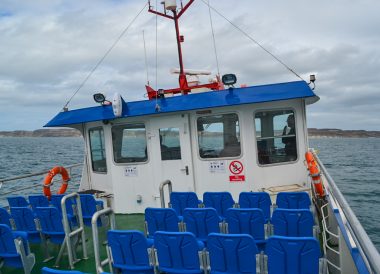 So travel to Rathlin Island will always be by Boat, known as the Rathlin Ferry, which leaves from a small harbour on the coast of Ballycastle. Thi ferry leaves in intervals throughout the day, and while I’ve attached a timetable photo above, it is best to double check the official Rathlin Island Ferry website (found here) as sailings can change seasonally, and weather conditions may also affect crossings. The Rathlin Island Ferry then arrives to a small harbour area on a coastal village, where there’s a local bar and restaurant (McCuaig’s Bar), as well as other cafes, and gift shops etc. A short walk along this coastline will also find some rustic coastal charm, with the remains of old stone houses, as well as seals which are often found basking on the beaches and rocks. 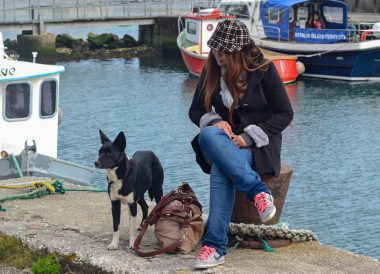 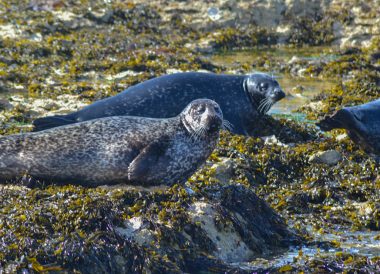 While it is easy to travel to and from Rathlin Island in one day, there is always the long stay option, although hotels don’t seem to be listed with any of the major hotel websites. For example, Booking.com listings for Rathlin Island hotels are all found on the mainland in Ballycastle (shown here). However, contacts can be found for Rathlin Island hotels through searches on the Discover NI website (but no booking options). And probably the best option for Rathlin Island accommodation would be through Airbnb (a few listings found here). Note, there will always be the risk of cancelled crossings, and a forced stay on Rathlin Island, due to weather and sea conditions, so be sure to check ahead when travelling on a tight schedule. Otherwise people do live on the island, and there are a number of newer housing developments found next to the harbour and the Rathlin Island Ferry Crossing. 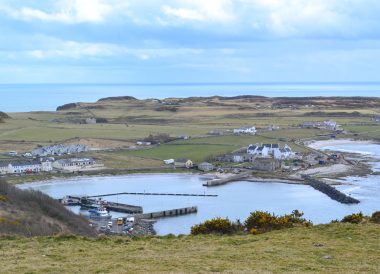 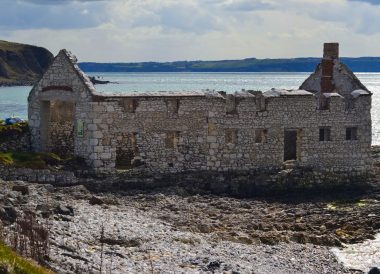 Travel on the Island

The harbour and village area of Rathlin Island mark the beginning of various scenic walking routes, although we did skip on pretty much all of these, as we continued instead to the RSPB Seabird Centre at the West Lighthouse of the island. And while it is possible to reach pretty much everywhere on the island by foot (it’s 4 miles to reach the West Lighthouse), or with bike hires which are found near the harbour, we of course are lazy. So we instead jumped on the island’s public bus (costing around £2.50 return to the West Lighthouse), and watched through the windows as we passed a number of scenic viewpoints from the hills over the island (e.g. the aerial photo above). But the best views are undoubtedly from the lighthouse, which has various viewpoints and elevations, including the Seabird Centre observation platform which is found by climbing down to the lower tiers of the cliffside lighthouse. 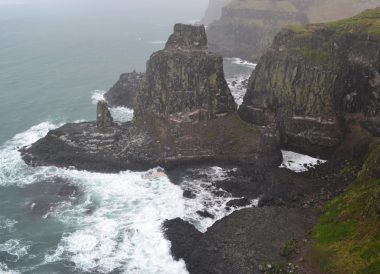 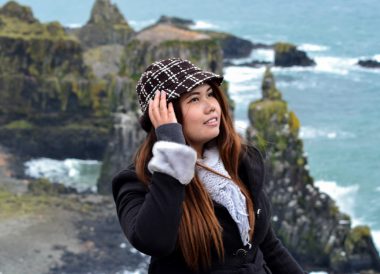 The cliffs of Rathlin Island are well known for having one of the largest breeding seabird colonies in Europe, including all sorts of birds such as puffins, guillemots, razorbills, kittiwakes, fulmars, shags and gannets. However they will follow seasonal breeding times, and birds are of course migratory, so the Seabird Centre only really opens from March through to September each year (10:00am to 17:00 pm daily). So it is best to check the RSPB Rathlin website before travelling. We otherwise travelled in mid-April, which is too early for the more exciting seabirds, such as the famed puffins of Rathlin Island, although it was still rather fascinating to see the kittiwakes and other birds nesting on the cliffs below the observation platform. It was no doubt a worthwhile visit. 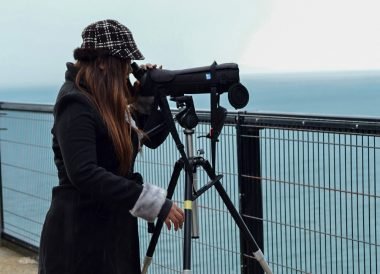 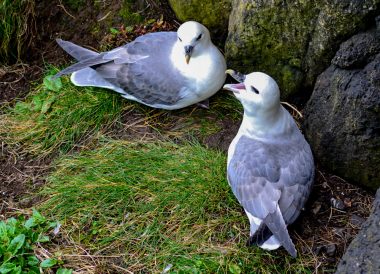