The name ‘North Down Museum’ is a little misleading for visitors to Bangor, given it’s named after the local borough council, just to keep the regional neighbours happy. But most people still call it the Bangor Museum, as it is obviously located in Bangor, or the ‘Bangor Heritage Centre’, which was an earlier and better name for the museum. At least until it received ‘museum status’ and the really just wanted to show off. Anyway, the Bangor Museum is easily found in the back annexes of Bangor Castle (aka the Town Hall), which sits in Castle Park, directly opposite the main train and bus stations when travelling from Belfast City Centre. So it’s pretty much the first place you’ll see on arrival. 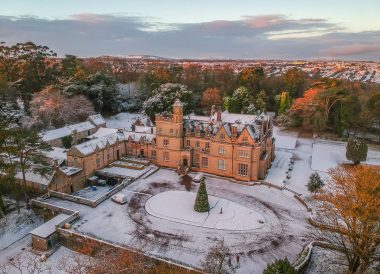 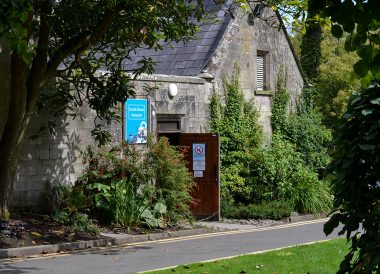 Bangor through the Years

The Museum is of course packed with wall-to-wall action, but I really don’t want to spoil the excitement of discovery for others. So instead I will just share the main themes and exhibits that the museum has to offer, which typically centre around certain themes. These include Bangor’s Early Beginnings, Bangor’s Christian Heritage, as well as the whole connection with World War History. But then there are my own personal highlights, such as a glass beehive in the upper floors, the nearer nostalgia of Bangor’s heydays, and a replica of Bangor Castle made from 2011 sugar cubes. Otherwise, you can find a brief, but rather comprehensive, history of Bangor here. 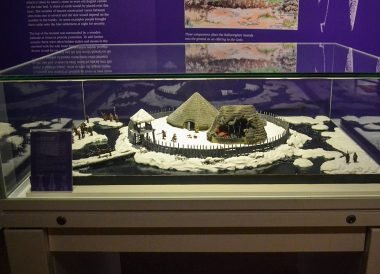 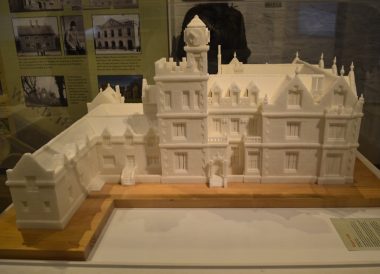 Bangor’s earlier beginnings date back to circa 500BC, during the late Bronze Age, or at least this is as far as the current recordings and artefacts are found. Where some of the more intriguing early treasures include the three Ballycroghan Swords which are on display in the museum. Otherwise little of real interest happened in Bangor through the coming 1,000 years, until the arrival of Christianity and the founding of Bangor Abbey in and around 558 AD. And this Abbey is still found just a stone’s throw from the museum within Castle Park (Abbey Street). Then there were some plunderings by the bloody Vikings (822), which really is just one of them unfortunate risks in living by the sea. But we do have nice views. Then very little happened again until the more recent Plantations of Ulster in 1605. 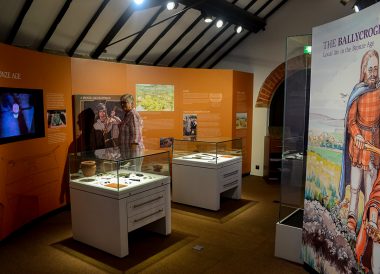 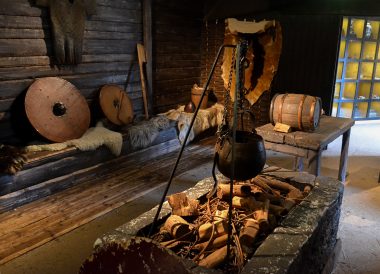 Much of Bangor’s history and heritage otherwise centres around the Abbey, where the iconic ‘Bangor Bell’ was found, and this has become like a symbol for the town. And there’s now a rather massive replica found in front grounds of the old Abbey, that looks like a massive monopoly piece. Otherwise the most notable character of Bangor’s Christian past is Saint Columbanus, who left Bangor in 585, along with a bunch of fellow monks, to spread Christianity throughout ancient Europe. This is where he set up various monasteries through what is modern-day France, Germany, Austria, Switzerland and Italy. He’s kind of a big deal when it comes to Christianity, and our on-site historian even retraced his footsteps through Europe, from Bangor Abbey to Bobbio in Italy. 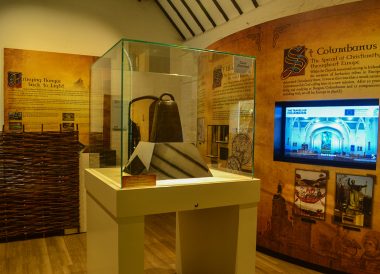 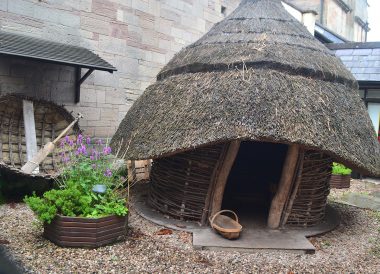 One of the more notable connections with World War 2, was the gathering of ships led by General Dwight D. Eisenhower opposite Bangor Pier, as they readied to storm the shores of Normandy during D-Day. A pier which was recently renamed as the Eisenhower Pier to commemorate the occasion. And then there’s another, closer, connection, where a former resident of Bangor Castle, Barry Bingham, received the Victoria Cross for his bravery during the Battle of Jutland. To recognise this valour, a gun from a German submarine was presented to him, and this can now be found near the War Memorial in Ward Park. Bingham’s Victoria Cross was also on display at the Bangor Museum, until some scamp stole it, and a replica is now shown in its place. Fortunately the scamp was busted, by the fuzz, and the original medal is now kept in safe keeping. 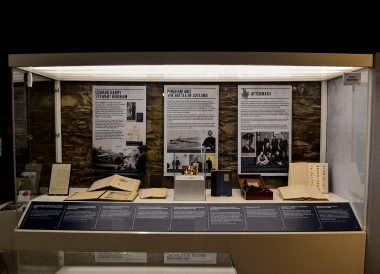 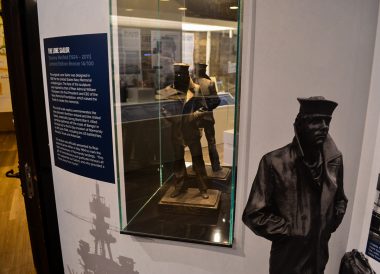 Cafe Cure at the Museum

The on-site ‘Coffee Cure’ cafe adds a little incentive to visit Bangor Museum (not that it is needed) where it sits directly next to and overlooking the museum’s internal courtyard. And it’s really just a nice and peaceful place, to sit with a coffee and a tray bake. They do have lots of cooked foods as well, but the menu is a bit limited menu, and fails to include the traditional Ulster Fry, or anything fried for that matter. But there are some decent breakfast alternatives, and I would typically go with the poached egg sandwich, with BLT, and a guacamole spread… They’re at least healthier than the usual Northern Irish breakfasts. Tie in the free exhibits of Bangor museum, and a stroll around Castle Park, and you can easily make a day of it. 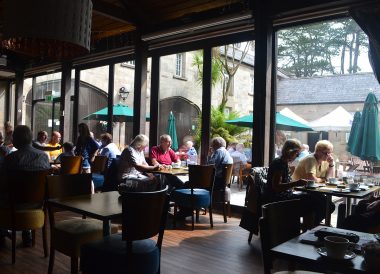 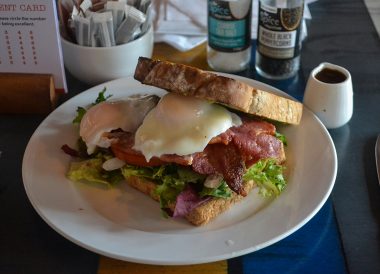